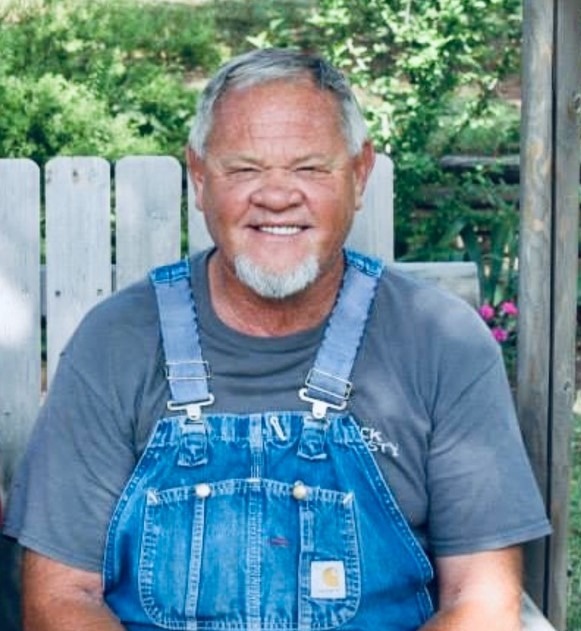 Rick Witten, age 75 of Purcell, passed away at his home on Sunday July 24, 2022. Rickey Coy Witten was born the eldest of three children to Olan Clifford Witten and Vivian Jewell Witten (See) on August 10, 1946 north of Carnegie, OK in his family home surrounded by cotton fields they farmed. His family continued to share crop there until they relocated to Lawton. As a small boy he attended the Flowers Mound School east of Lawton until His family moved to Oklahoma City in the mid-fifties. Rick attended John Marshall High School graduating with the Bears Class of 1964. He thought of school as a nuisance and hated going (when he went). He’d much rather be working, or be greased up under the hood of his pride and joy - a 1955 Chevy that the police loved to chase, but rarely caught. While in school Rick loved FFA, and enjoyed having a piece of the country life he missed while living in the city. He spent the summers with his uncles in western Oklahoma where he learned to fish, farm, play a prank or two, and masterfully tell stories. He had a strong work ethic from an early age. As a boy he bagged groceries at Humpty Dumpty, and after graduating he worked in masonry, stone, and paving until he joined the military. He spent his time in the Army at Ft. Polk, Louisiana, and was proud to serve his country. He planned on being a mechanic but his orders said “Cook School”. When he pointed out the mistake, his Sergeant told him it was either cook school or Leavenworth, so he learned to cook. It was a skill that served him well in life, whipping up fluffy pancakes, venison chicken fry, and the best scratch gravy ever made. Rick found the love of his life at Hollie’s Drive in. He saw two girls from Western Heights cruise by and jumped in their back seat. The one riding shotgun was Lois Ann Wright. The two quickly hit it off and were married on September 8th, 1967. They made their home in OKC and Rick went back to work for Humpty Foods after finishing his time in the military. Rick and Lois were blessed with their first daughter, Candace, and later moved to Purcell to be near Lois’s parents Clarence and Bernice Wright. A few years after finishing the construction of their home they welcomed their second daughter, Cherry. Rick later became a Papa to Matthew, his “Little Bud” whom he took everywhere. Rick found work closer to home at Ken’s Red & White in Purcell which he managed for a few years. He then went to work for Tyler & Simpson, and later Harrison Co. in grocery sales. He loved his time on the road, calling on stores all over western and central Oklahoma. One of his favorite road trip games was pointing out stores where he sold groceries. Rick had been a volunteer firefighter in Purcell for a few years, but in his mid-forties he made a career change and became a full-time fire fighter. He served Purcell for 27 years, retiring as a Lieutenant in 2011. He often said the fire department was the most fun he ever had; it fostered a family-like bond that you couldn’t find anywhere else. Rick loved spending time with friends and family, hunting, and fishing. He hunted many years in Arnett, OK and set countless bank poles in the Washita River. He always had a “hot rod heart” and was able to get back into cars in his retirement. He grew a quick collection which consisted of a 1970 GTO, and 1923 T-Bucket, and a 1953 Chevy Pick-up that he worked on with longtime friend and coworker, Butch Fox. Rick was a long-time member and Deacon of Bethlehem Primitive Baptist Church in Purcell. He found joy in serving the church and his Lord. He was a beloved husband, father, grandfather, and great-grandfather with one on the way. He was a great cousin, uncle, hunting buddy, and friend to all. Rick was preceded in death by his parents Olan and Vivian Witten, his wife Lois Witten, second wife Sue Bayless, his brother Chuck Witten, and his nephew Timothy Sanders. He is survived by his daughters Candace Barrett and husband Tim of Norman, OK and Cherry Demorest and husband Adam of Purcell, OK. His grandchildren, Matthew Witten and wife Mary of Purcell, OK, Kimberly Dombroski and husband Brian of Oklahoma City, OK, Chris Demorest and wife Gabby of Denver, CO, Julie Demorest of Algonac, MI, and Kaitlyn and Tiffany Demorest of Purcell, OK. His sister Jan King and husband Monte of Corn, OK and numerous beloved cousins, nieces, and nephews. The family wishes to extend special thanks to The Criswell Family and B.J.Mason for keeping the hot rods on the road, and helping us through this difficult time. Thanks to Synergy HealthCare and Frontier Hospice for their aid and compassionate care which allowed us to keep him at home in his final days. Additional thanks to Jerry and Tina Hayes of ShareYourY for helping us preserve his legacy and story for generations to come. Funeral Services are scheduled for 10:00 a.m. Thursday July 28, 2022 at Little’s Chapel, Wilson-Little Purcell, with burial to follow at Hillside Cemetery.